Sat 6 Feb - BREAKING THE BOUNDS: Walking London and Beyond

Talking to Clare Qualmann about walkwalkwalk and the shifting terrain of the 'near' East End, the Perambulator project - everyday walking and re-discovering the minutiae of the city with children, the East End jam project - which has thrown up a lot on bye laws that forbid the picking of fruit/berries.

There will be recorded sounds from Clare’s walking projects.
http://www.clarequalmann.co.uk/ 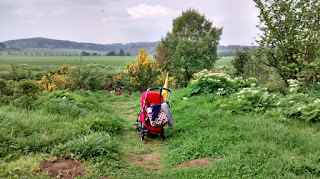 Charlie Fox will talk about Inspiral London and his other walking projects. Inspiral is an artist-led walking project to map and create an urban and semi-urban walking trail through and around the whole of London. The route hacks into existing footpaths and ways, creating a novel walking experience for London. The walk spirals from a central point within the heart of London, corkscrewing out 7 times to finish at Gravesend Ferry, finally crossing where the World’s End at Tilbury. The approximate overall length of the walk is 225 miles crossing the Thames at 10 points – using bridges, a tunnel, a cable car and ferries. The trajectory of the trail is designed and marked out by a loose collective of artists, writers, architects, geographers, planners, urban explorers, and walking enthusiasts. He will perform a sonic evocation of Inspiral London for the show. http://inspirallondon.com/

Clare Qualmann is a London-based artist working across disciplines: from drawing and sculpture to performance and live-art events (often in the form of walks). Everyday routine, the ordinary and unnoticed and the meeting of the personal and the political are sources of inspiration. She creates walks as site specific performances, as live art events and as research method for developing text, installation, film, audio and performance works. Ongoing walking projects include Perambulator (walking with prams) and East End Jam, a walking, foraging and preserving project. Clare is a founder member of the Walking Artists Network, and led an AHRC funded project (2012 - 2015) to facilitate its development. Clare is a part-time lecturer at University of East London, and at London Metropolitan University, where her teaching and research focus on live art, participatory and interdisciplinary practices.

Charlie Fox is a London-based artist, writer and curator, and founder of interdisciplinary art platform counterproductions, producing international art projects that challenge existing models of artistic and audience engagement. Counterproductions facilitates collaborative projects that generate new artistic culture, through experimental performance, and engaged art practices*; creating work that offers the potential of an art for all. From 2012-2014 he facilitated DeCentreDer Space in Marseille and from 2015 has been working on Inspiral London. He is currently a trustee of CGP London.

As an artist he sometimes works with counterproductions, other times solo, but always with an audience in mind; working tirelessly to harness the forces and charm of artistic practice. In his work the serious and slapstick combine, in the occasional and unexpected appearance of laughing bear.*NOTE - counterproductions research interests include collective models for creative education and/or art practice, transdisciplinary art, interactions between visual art and performance, performance affect, intervention and dialogical artistic practice.

J. D. Swann is Muswell Hill’s leading Ornithological investigator. He has searched for the Queen’s Wood Warbler (2009) and in 2010 interrogated the wildlife of the Alexandra Palace Lake which led to a year on the boating lake island (2010-2011). Since his recovery in 2012 he has been researching the History of Western Orniphilosophy, which led in 2014 to a publication ‘J. D. Swann: An Ornithological Outsider’. He is joining the Inspiral London walks for sections that particularly excite his socio-ornithological proclivities. 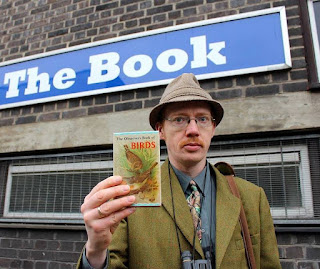 Posted by Jude Montague at 14:15 No comments:

Sat 30 Jan - THE ORLEANIST AND THE ORIENT: Aleppo's Merchant City and the Paris of Louis-Philippe with Historian Philip Mansel


King Louis-Philippe's reign cultivated the arts quarter reputation that Paris became famous for in the nineteenth century. At the same time foreign affairs, colonial ambitions led him to campaigns in Algeria and Syria. Philip Mansel looks at the history of Paris and the merchant city of the Aleppo and their cultural and colonial links before Syria gained independence from France in 1946. The city's rich history creates a brutal contrast with the modern political isolation, instability and the current devastation we are still witnessing in Aleppo. Philip Mansel's forthcoming book 'Aleppo: The Rise and Fall of Syria's Great Merchant City' will be published shortly by I.B. Tauris.

Posted by Jude Montague at 11:28 No comments:

Sat 23 Jan - THE TRUTH IS SIMPLE: Vertov, film and social experiment in the 1920s

John Leman Riley joins Jude Cowan Montague to discuss the work of Dziga Vertov and Bolshevik newsfilm during the Russian civil war. Vertov acted on his own manifestos of a new culture where human and machine acted together in a new synthesis to blast away Romanov tradition. The Kino-Glaz would record the present to create the future. Did the films that he created with Elizaveta Svilova (his wife) and Boris Kaufman (his brother) represent reality or were they a new theatrical illusion?

with Jude Cowan Montague
Posted by Jude Montague at 03:59 No comments:

Jason Larkin, photojournalist, talks about his new project 'Waiting' shot  through Johannesburg over the last three years during the harsh summer months. The book is a collection of portraits of people waiting in the shade across the city. The photography comments on infrastructure and the legacy of apartheid on the city. Plus Jason's work 'Platinum' which was created in response to the Marikana massacre of 2012.
Posted by Jude Montague at 03:57 No comments:

Sound artist Ian Thompson and Jude Cowan Montague in a live improvisation on some of the sensational accounts of crime disseminated via the Illustrated Police News.A best seller of mid to late Victorian times, the IPN was a part of the publishing boom in illustrated newspapers attracting mainly working-class audiences. Selected stories from the magazine include the dream of the infamous Kate Webster, hung for the Richmond murder in 1879. Another in our series on early journalism.
Posted by Jude Montague at 05:02 No comments: