Leila Segal author, poet and founder of Voice of Freedom, a participatory photography project for formerly trafficked women in Israel, Ethiopia, UK and beyond. The project enables women to document their lives through the camera lens and supports them as they create often powerful and intimate texts, in their own words of survival, hope and resilience to accompany the images. The exhibitions by the women have been hosted by Amnesty International UK, the Anti Slavery Society and recently at renowned human rights law chambers Matrix.
Shahed Saleem, architect and author of The British Mosque: A Social and Architectural History,will be discussing the development of the British Mosque with Rebecca Feiner. Commissioned by English Heritage it is the first authoritative survey of the British mosque. He will be discussing his journey from east London to Yorkshire and beyond revealing the story of a building type, which has had and continues to have, a major impact on the urban landscape and has introduced the visual language of Islamic architectural symbolism to the UK street scape.
Posted by Jude Montague at 11:31 No comments:

Brian Guest is the co-founder and general secretary of S.P.A.R, the Society for the Preservation of Admirable Rubble (S.P.AR) he will talk about the developers art of demolition and S.P.A.R's campaign to preserve the rubble of fallen buildings across the UK. The Society fights to keep the rubble created from bulldozing peoples homes and businesses on display. Their definition of Admirable Rubble is: Rubble that embodies all the qualities of the demolished building so meriting a portion being retained as a reminder of its existence even after a new building is in its place.For the latest reports from the Society see: www.preserveadmirablerubble.com - S.P.A.R gladly accept photos of admirable rubble from non-members.

Brian Guest and the S.P.A.R logo

with Matteo Besana and Alice Foster. 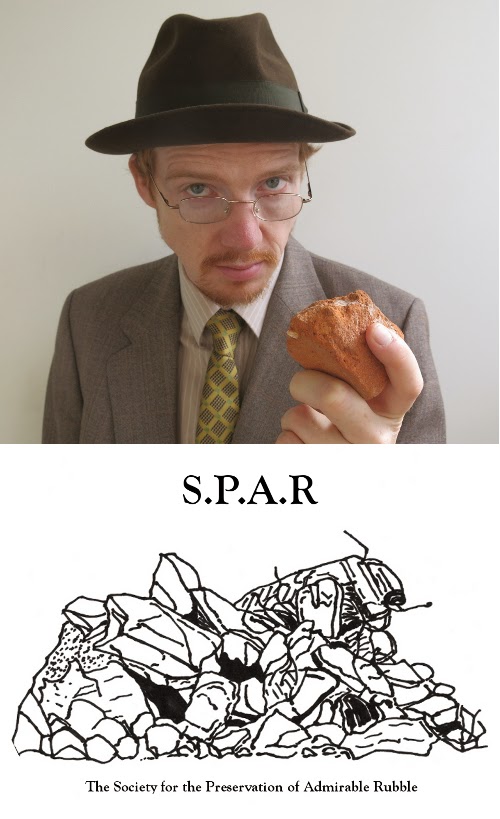 Posted by Jude Montague at 03:41 No comments:

Lara Pawson talks about the trial which has cleared the G4S security guards of the manslaughter of Angolan refugee Jimmy Mugenga. The choice of the Old Bailey judge not to allow the jury to consider the evidence of racist texts sent by the defenders, has exposed court process to criticism from protestors and the Institute of Race Relations. In relation to this topic, we will discuss how environments might enforce and structure power, taking as our starting point James Bridle's exhibition, 'Seamless Transitions' currently at the Photographers' Gallery.


Glenn Fitzy Fizpatrick is an artist and former soldier who works in diverse visual media.
'After the Charlie Hebdo incident, I felt so devastated by the killings and was left asking myself why, I know we need mutual respect of each others cultures but honestly was art really worth dying for? Since 2007 I started to work in pen drawing highly detailed drawings that would question the wars, our economy, our environment and the need for an ultimate consumerist society. After seven years of drawing purely in pen and saving the empties I knew one day I would make a sculpture out of this product, but what could I possibly make that would suggest and amalgamate my journey and quest for peace. After seeing the people holding up the pen in support of freedom of speech around the world I knew it was time to make a sculpture with the empty pens, without question I made a machine gun out of pens, a suggestion the pen is mightier then the sword, and with this we still have the power to make the world a better place. Titled 'Empty Magazine' I found the link between the Hebdo deaths and the emptying of a machine gun magazine left me with a chilled emotion that had to be placed emphasis upon.' 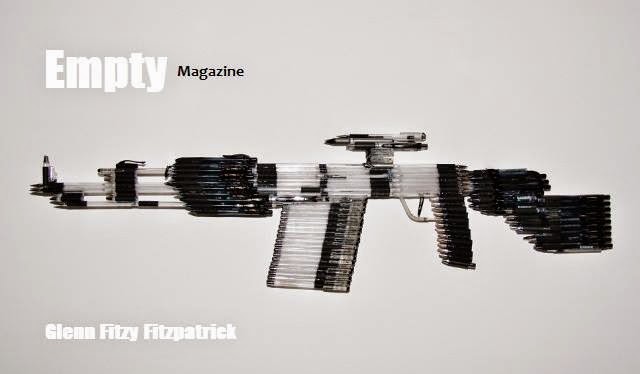 Posted by Jude Montague at 06:15 No comments:

HK Bar Hop is a hedonistic celebration of the gay scene in Hong Kong at a time when many Hong Kong people are concerned that Big Brother China , potentially threatens the freedoms that they have. The recent Occupy Hong Kong Yellow Umbrella protest movement expressed was an effort to catch the world attention. 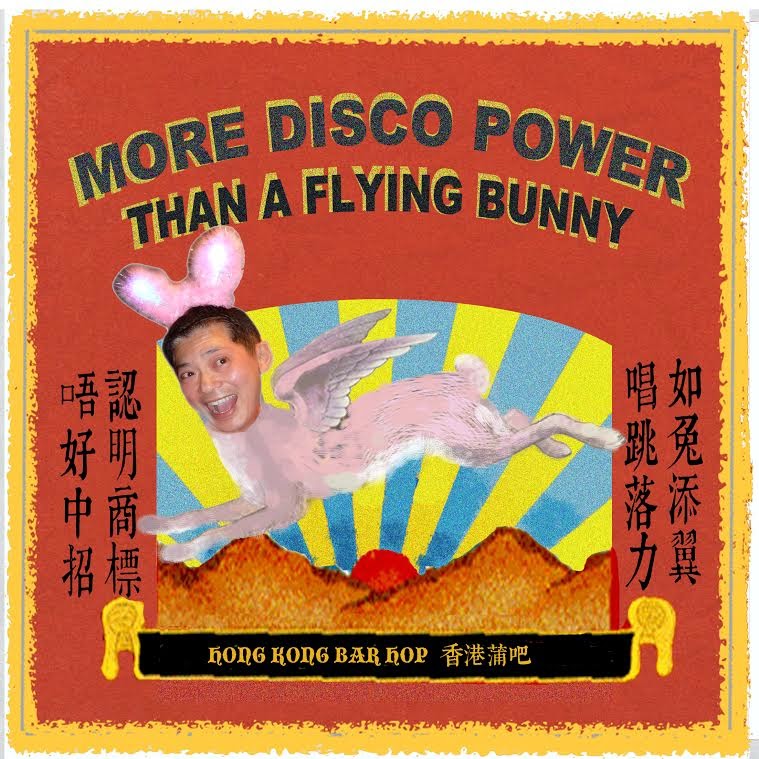 Paul Sakoilsky is The Editor.

'It started simply enough: whilst painting a canvas for the first time in many years, in an absolutely freezing apartment/come-studio in Deptford, I was using one of those shitty free London tabloid papers to clean my palette knife/brush and started doodling, and then wrote on it, the dark times: London’s only truly independent newspaper. I believe this was at the end of 2006? But the project had it’s first full blown realisation at the ‘Climate of Change’ exhibition in Union Street[2] in 2007, where as artist-in-residence and building security (along my Staffordshire terrier), I set up the first dark times: press office.' Paul S. 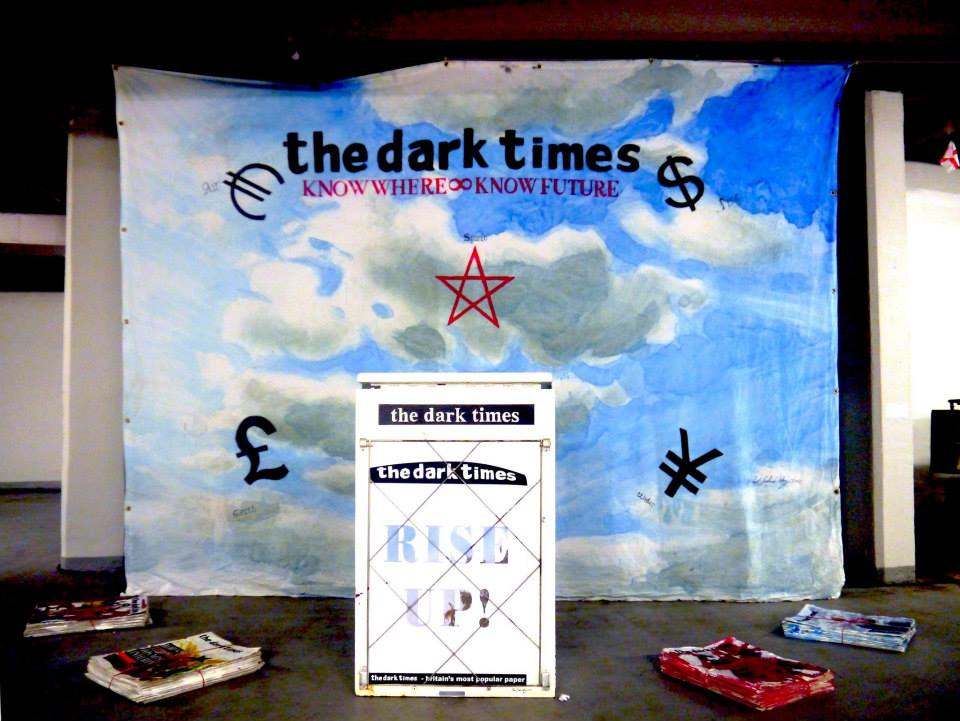 Dark Times will arise for it's first radio manifestation as part of The News Agents, in a premiere performance commissioned by Jude Cowan Montague.
Posted by Jude Montague at 10:43 No comments: 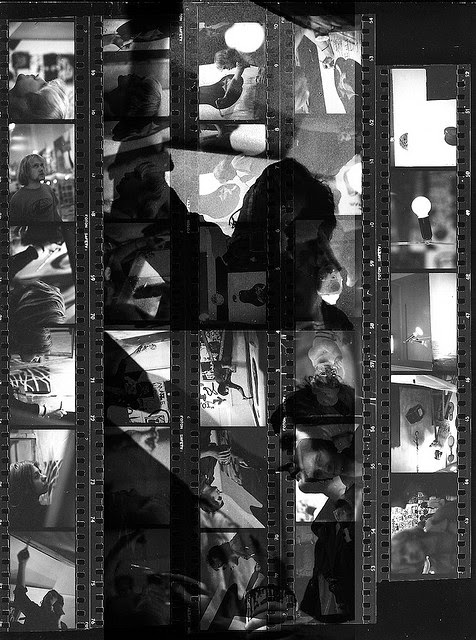 Andrew Stys, also known as double_u or uu is an artist from Warsaw, Poland. He had a Soviet art education and trained as an architect. He talks about his autobiographical art, and shares some of his musical and visual mash ups including recent collages triggered by material collected on a recent trip back to Warsaw which addresses remnants of life before the holocaust. In a live art class he shares secrets of how he works with found pictures.