Sat 28 March - Ebola, a river of fear. Plus palm-wine music.


A year after the Ebola outbreak was declared, the fear that gripped the world and news organisations is still feeding our apocalyptic zeitgeist.

Singer-songwriter Bunton Cole, who grew up in Sierra Leone, will perform and speak about his band, the Zambezi Experience. Tune in to hear palm-wine melodies.

Vincent from Nostalgie Ya Mboka joins our panel to discuss politics of music in Africa.

The Ebola River, also commonly known by its indigenous name Legbala,[1] is the headstream of the Mongala River, a tributary of the Congo River, in northern Democratic Republic of the Congo.[2] It is roughly 250 km in length.

The name Ebola is a French corruption of Legbala, its name in the Ngbandi language which means "white water".[3] During the Belgian administration these names were interchangeable along with the French names Eau Blanche[1] and rarely L'Ébola.[3]

In 1976, Ebola virus (EBOV) was first identified in Yambuku, 60 miles from the Ebola River, but Professor Peter Piot decided to name it after the river so that the town would not be associated with the disease's stigma.[3] Thus, the river is eponymous to the terms Ebola virus, Ebolavirus, and Ebola virus disease.[4] Despite afterwards discovering that the Ebola River was not in close proximity to the Yambuku village, the virus name was preserved. Wikipedia, retrieved 24 March 2015

A show curated by Alice Foster.
Posted by Jude Cowan Montague at 05:49 No comments:

Poetry, society and the provocations of revolution. Poet Paul Hawkins presents the poetry/flash-fiction pamphlet Boscombe Revolution, with guest editor of the third issue on revolution and gender, poet Sarer Scotthorne. 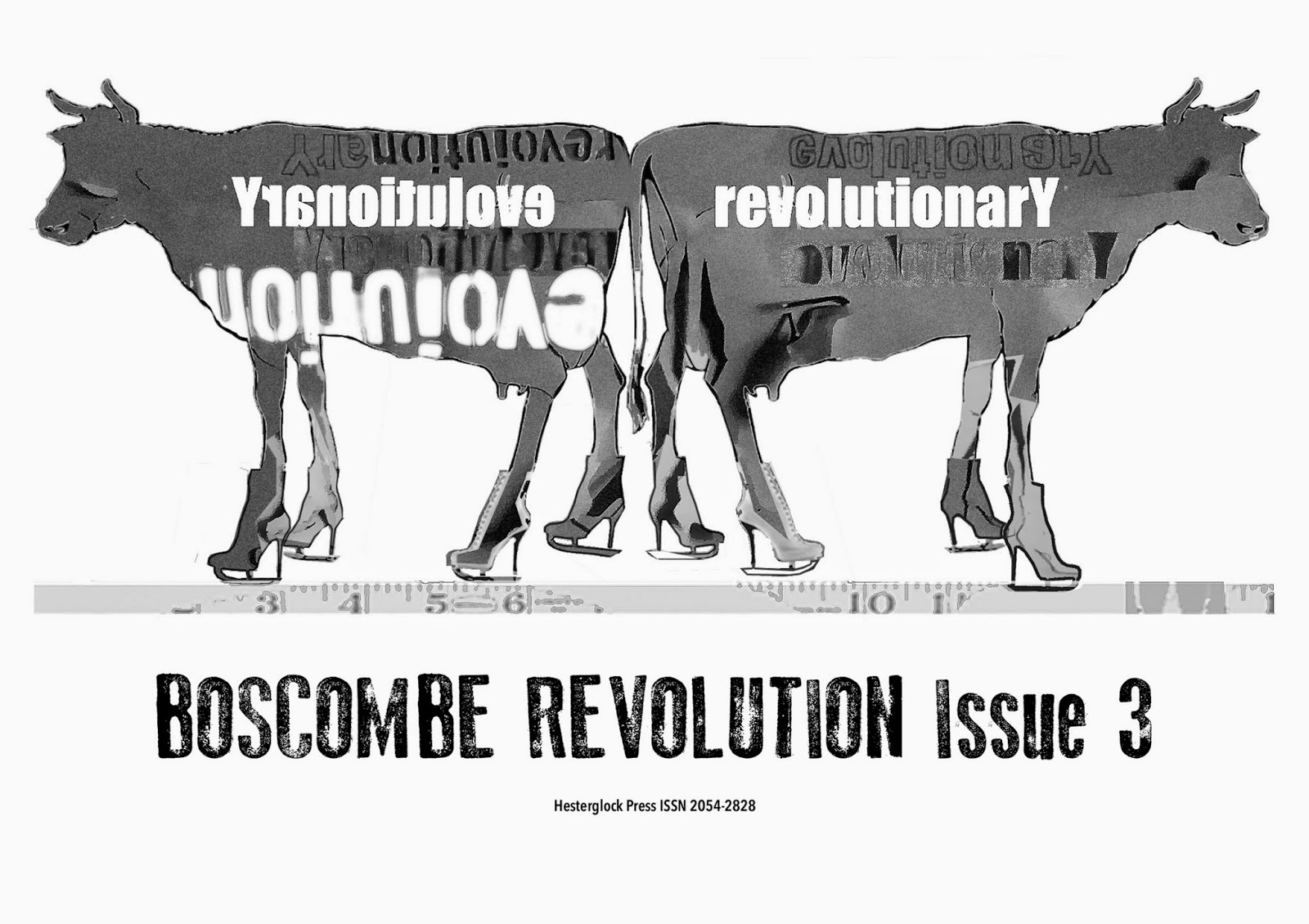 Poet and musician Jenny Lewis returns to discuss her work translating the Epic of Gilgamesh and create a special audio experience dedicated to Sumerian poetry, believed by many to be the oldest written poems in the world.

The Epic of Gilgamesh is a great work of early written literature. Gilgamesh, king of Uruk and Endiku, a wild man created by the gods to help prevent Gilgamesh oppressing his own people, become close friends. The poem resembles contemporary 'buddy' movies as the friends embark on exciting adventures together, journeying to the Cedar Mountain and defeating Humbaba, its monstrous guardian. They kill the Bull of Heaven which the goddess Ishtar sends to punish Gilgamesh for spurning her advances. To punish these actions the gods sentence Endiku to death.

This first part of the epic will be revisited in a dramatic audio rendition in the studio.

It is possible to read the epic as an assertion of patriarchy over the matriarchal religion personified by the goddess Ishtar. Jenny and Jude will discuss the work from a modern feminist perspective and reimagine the struggle of Ishtar in the Resonance FM studio. 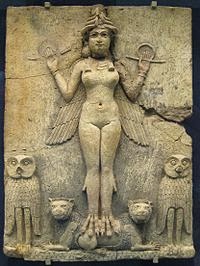 Queen of the Night relief from the Old Babylonian period, often considered to represent an aspect of Ishtar.